There is a lot of speculation about the upcoming Bigg Boss Season 5. Preparations are underway to launch Bigg Boss 5 in the last week of August or the first week of September 2021. It is also unclear who will be hosting this time. Earlier, it was reported that Nagarjuna who hosted Season 3 and 4, will be hosting Season 5. The latest update is that he is taking a break and handing over the responsibilities of Bigg Boss to Rana. While there needs to be clarity on this, contestants’ choice is also crucial in the Bigg Boss game. Will the game be fun? Or does it just go from bad to worse?

However, so far, there is no clear clarity on who the contestants are. The names heard on YouTube, social media, and other websites are just speculations. However, it is a fact that this time too, social media celebrities are being fielded as Bigg Boss contestants.

Celebrities were brought into the field in the first season, then a moderate celebrity in the next season and from the third season, the whole Bigg Boss story changed. It has to be said that the choice of contestants, in particular, is too clumsy. Earlier, Bigg Boss was a celebrity show but if you look at seasons 3, 4 after coming to Bigg Boss, they became celebrities. In a way, it’s a good thing, but except one or two in Season 4, all the others are unrecognizable social media celebrities.

But this time around, Bigg Boss managers are focusing on the same. Remuneration for celebrities is enormous, but the conditions are also very high. Do it according to the Bigg Boss script. There are a lot of possibilities to do this. So. if you don’t trust all these headlines and don’t believe in social media celebrities, Pavala will give you half a rupee to perform. Bigg Boss organizers have fixed that it would be better if such a show can happen.

However, no matter what they say, social media celebrities, no matter what they do, do no such thing as no, no matter how much remuneration is given. There will be no demanding condition. And the Bigg Boss show is the ultimate overacting show. The contestants who do the most in a front like this, however, get entangled. Last season, people watched an overaction batch like Dettadi Harika, Ariana Glory, Monal, Akhil. However, the latest promo of the Star Music Show airing on Star Maa Channel proves that a similar batch is entering the field this season as well.

It looked at everything in the above promo is a social media celebrity. Except for Shanmukh Jaswant, the rest of the faces are not well known. Shanmukh has always been a Bigg Boss 5 contestant. The name of social media sensation Siri Hanumant is also heard. So far, the news is that both of them have been confirmed.

Along with these two, TV actor Shrihan, 30 Weds 21 web series couple Chaitanya Rao, Ananya, and others appearing in this promo. However, according to the latest information, it seems that the social media celebrities appearing in this promo are coming as Bigg Boss 5 contestants. It seems inevitable that at least four of those six will be Bigg Boss 5 contestants. 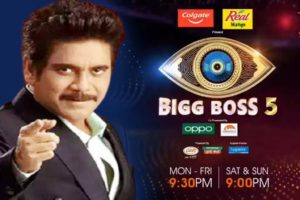 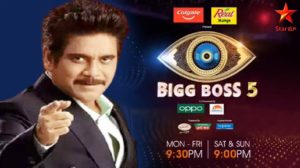 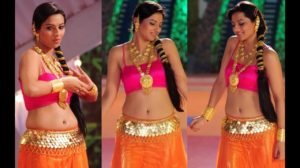 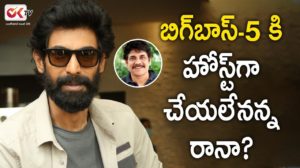