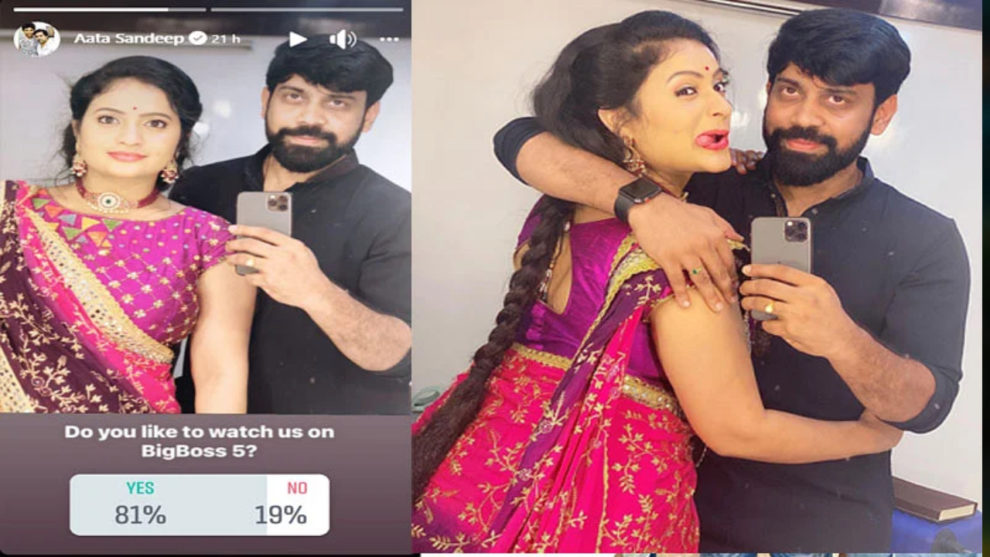 News of Bigg Boss Fifth Season is now going viral on Netflix. Star has already released the logo for the fifth season. Nagarjuna also starred in a promo. A video related to this is coming out in a few days. The talk is that the show will start in the first week of September. The entire list of contestants who will be participating in the show has already come out. I do not know how true it is, but people believe it.

But we have to see how many people will be there when it finally comes .. how many people will go .. how many more new people will join. But let’s put all this aside for a moment. As some of the names on the list of Bigg Boss contestants come out, they come into the limelight and become popular. Isha Chawla, however, has made it clear that she will not be joining the Bigg Boss show. Even so, her name is often heard on social media.

The first talk was that Sandeep and his wife Jyoti were coming to the Bigg Boss house together. A few days later, it was rumored that one of the two was coming. Now the leaks are loud enough that his wife Jyoti is coming.
Aata Sandeep

Under such circumstances, Sandeep posted a poll on his Facebook story. This includes a poll for the Bigg Boss show entry. How many people want to be and watch the Tamiddaram Bigg Boss show? He asked. Nearly 83 percent responded positively. This means that netizens are hoping to see these two at the Bigg Boss house. And see if their wish is fulfilled.