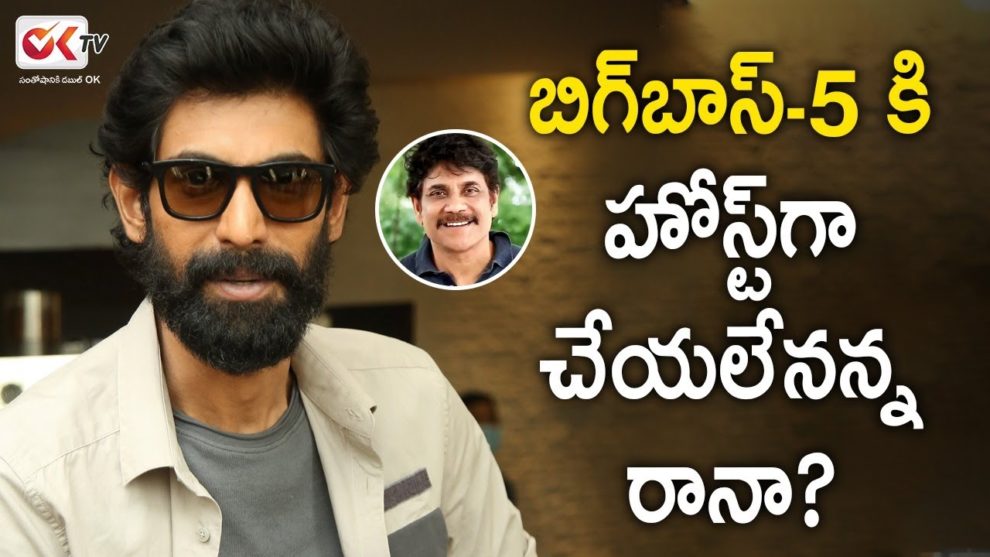 The popular reality show “Bigg Boss 5 Telugu” has left the Telugu host in suspense. It is known that King Nagarjuna hosted Bigg Boss 3 and 4 seasons. Meanwhile, it has been widely rumored in the film industry that Rana Daggubati will host the upcoming 5th season of Bigg Boss Telugu.

Rana Daggubati’s next film is ‘Virata Parvam.’ Sai Pallavi will be seen with National Award-winning actress Priyamani in the upcoming film directed by Venu Udugula. Rana, Pawan Kalyan will also be a part of the next movie. This is the official remake of the Malayalam blockbuster movie “Ayyappanam Koshyam.”

The Bigg Boss show, on the other hand, was scheduled to air in July 2021. But the makers decided to wait until the ongoing coronavirus wave 2 comes to an end. It looks like the show is set to launch in August 2021.