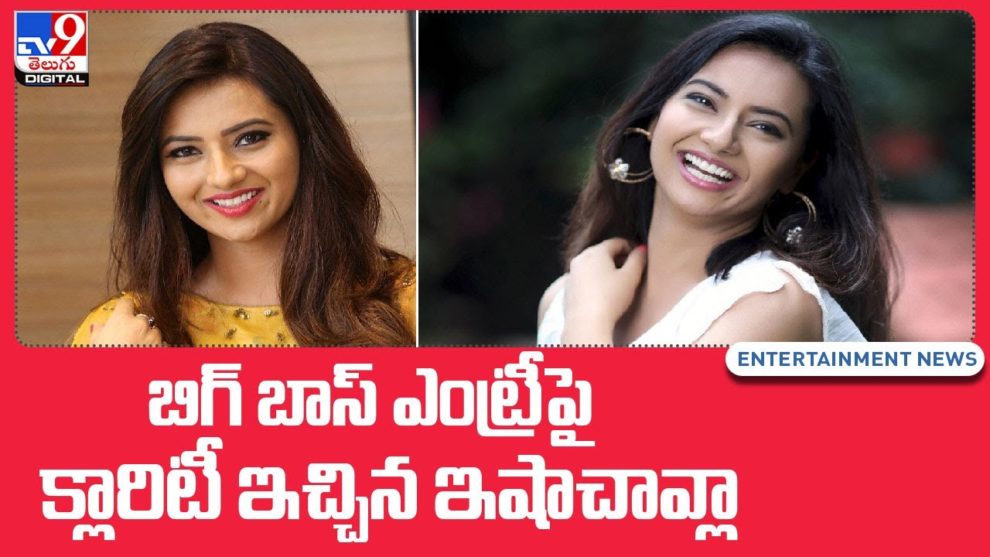 Entertainment channel Star Maa’s most controversial show, Bigg Boss Telugu Season 5, will soon announce the date of its premiere show. Akkineni Nagarjuna will be hosting the upcoming season of Bigg Boss. However, the Bigg Boss Telugu fans are leaving no stone unturned to know every bit of information related to the show’s contestants.

Though there are many speculations about the contestants entering the house, the most confirmed name was Actor Esha Chawla. The news has been going viral on the internet that she will be the most glamorous actress to enter the house. 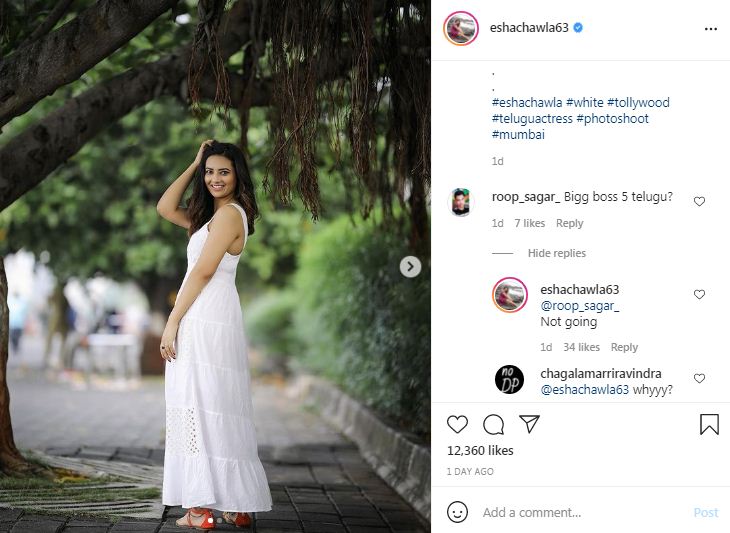 However, she refused the latest gossips on her entry to the Bigg Boss Telugu through her Instagram. While Esha Chawla uploaded a picture, fans started pouring questions about whether she is on the show. Esha replied to one of the comments saying, ‘No.’