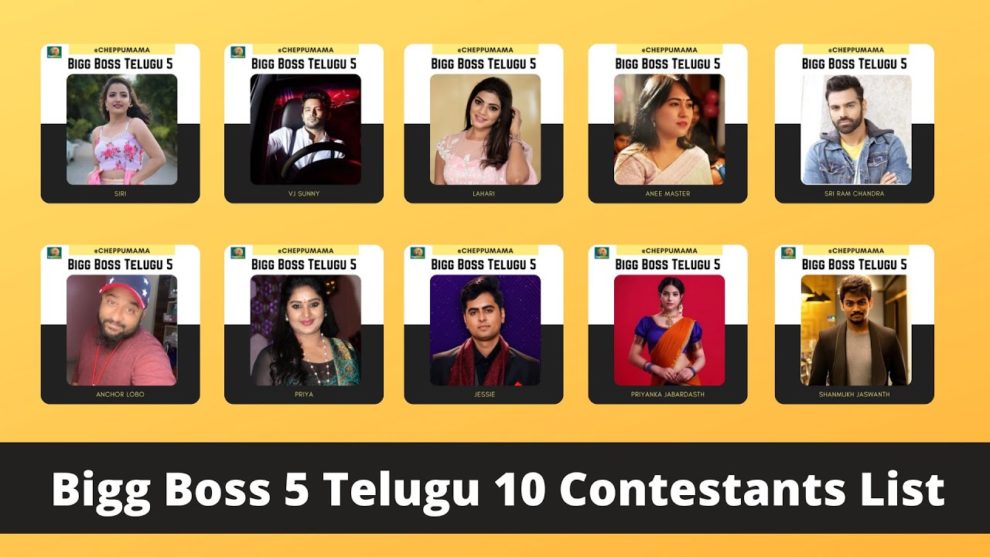 It’s known that Bigg Boss Season 5 has started. A total of 19 contestants entered. The show, which went smoothly on Sunday, actually started playing on Monday. It is learned that the nominations process will be on Monday. Let’s see who are the nominated members in the first week.

Lobo made the members of the house sleepless with his snoring on the first day. Contestants tried hundreds of times to stop his snoring. Lobo’s snoring did not subside. What to do with this or .. Shweta, Hamida, Jesse sat down and put on a show. Siri and Jesse stole the belongings of the rest of the household as if they were bored. Later in the morning, he stepped into the song Pranama Pranama. Nataraj Master was impressed with his dance .. Siri, Shweta, Lobo jumped into the swimming pool and made a fuss.

After that, Ravi found out that Jesse and Siri passed by as the family members circled as if their belongings were gone. With this, they admitted to hiding themselves. Priyanka then went on to describe how she became transgender. On the other hand, there was also an interesting conversation between Lahari Kajal. After that, the nomination process went on like hotcakes. Trash covers with photos of those who want to do the process they want to nominate should be put in the trash can. Earlier, Singer Sriramchandra nominated Manas and Jesse. He said that he was nominating both of them due to a lack of acquaintance with them.

After that, Sarayu nominated Kajal and Ravi. Kajal knows the game strategy. Ravi says that he is a tough competitor. Shweta nominated Hamida and Nataraj. After that, Vishwa nominated Jesse and Manas. However, he warned Jesse not to show attitude. He also said that he did not like his behavior during the discussion in the morning and was therefore nominated. Jesse, however, became emotional that he had misunderstood the incident.

Annie Master .. nominated Siri, Jesse. After that, Jesse, Vishwa, nominated Hamidani and said he was not angry even if Anne Master nominated him. Anchor Ravi, nominating Nataraj and Manas, said he has been acquainted with Nataraj Master for a long time but is new here and looks scary. Also, Manas says he is nominating not to meet anyone.

Sarayu’s salary inside Bigg Boss house revealed after elimination, how much she made during her one week stay?
Bigg Boss Telugu Season 5 Contestants salary details, know how much each of them get paid
Comment