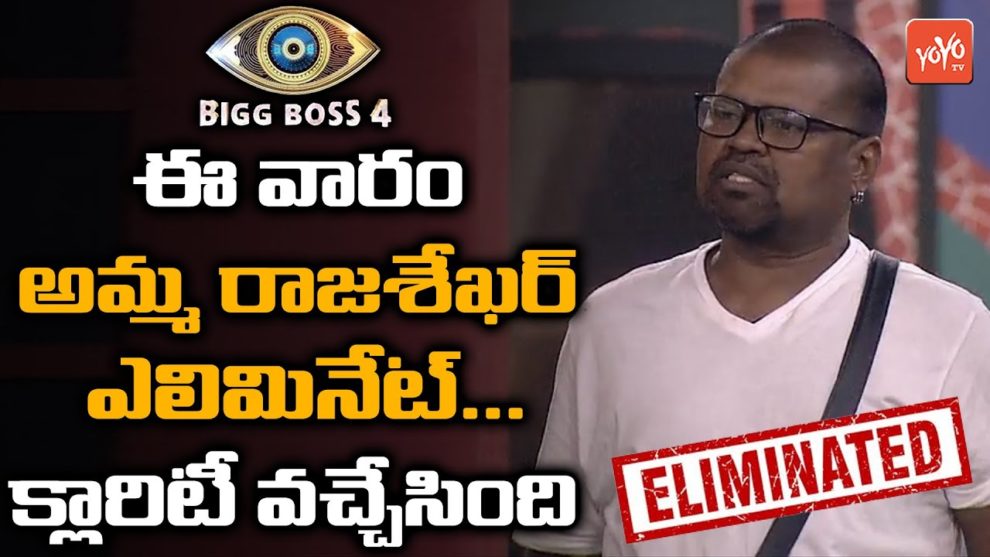 It’s time for Amma Rajasekhar to take a selfie with Nagarjuna and say goodbye to Bigg Boss House. In Bigg Boss Season 4 It took eight weeks for the game to be cut. 19 contestants competed for the title in Bigg Boss Season 4. Of these, 8 have already been eliminated. Currently, only 11 remain in the House.

The eighth week nominations include Amma Rajasekhar, Akhil, Monal, Ariana Glory, Lasya and Mehboob. However, it has become clear in the poll that Amma Rajasekhar will be eliminated from these six this week.

This poll shows that there is strong opposition to Amma Rajasekhar. For the past two weeks, however, Bigg Boss has been saving Monal Ghajjar, despite the fact that all the polls have shown that she will be eliminated.

But since Monal is giving good spice content like love tracks, affair, romance in the house .. Bigg Boss does not want to give her up. So .. they have been saving her. On top of that Akhil is also in the nomination so it seems that Akhil and Monal are saved as Bigg Boss will not venture to break up the pair. Will you save Amma Rajasekhar too? Which means it’s about to be the most delusional time of the year, as well.

Harika ran to her in anger for taking the chocolate and put it down .. She put her hand in Chedi’s pocket and tried to take more chocolate .. Chee looked. However, if Harika Chee is not there .. if she wants to enjoy it, it is a different matter .. In this episode, Amma was minus a lot.

In Thursday’s episode, Amma Rajasekhar’s true color came out. The captain helped Ariana as part of the task and then vomited all over making Monal the ration manager instead of himself.

If both Ariana and Monal are competing for the captaincy … if they can’t help Mona by helping Ariana … they promise to do it again unless there is a chance. However, Ariana, who is the captain because of the master, made Monal the ration manager, thinking that the master would be happy. However, Amma Rajasekhar, who has already done ration manager twice, will make Monal the ration manager instead of me? You don’t have faith that this is how he revealed his true color and behaved like a selfie. If the master had a good name in 8 weeks in Bigg Boss House .. the whole thing is gone in these two episodes. Amma Rajasekhar Master behaved in a disgusting manner saying that the master was behaving so cheaply.

According to Bigg Boss Elimination calculations .. if you want to eliminate a contestant .. whoever is targeted .. they are shown as negative. Amma Rajasekhar was similarly booked. Maybe it was his real character but despite the nomination he appeared to be behaving like a master selfie.

Although the first week was well entertained .. after that the comedy was out of tune .. Amma Rajasekhar was criticized for doing body shaming. The fire was extinguished at once .. The right charm of what he was saying .. Amma Rajasekhar surpassed Lasyani in saying this and that here and there and putting sticks among the members of the house.