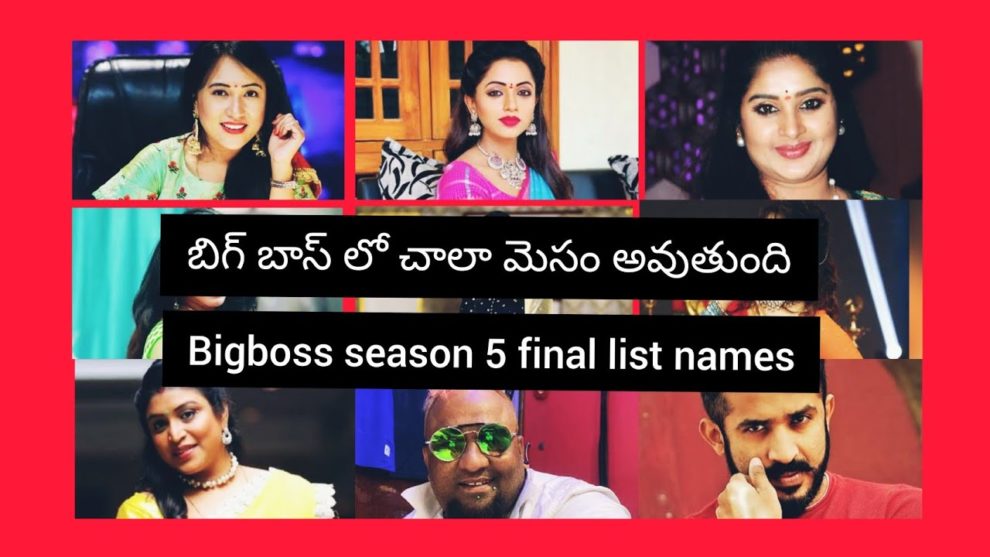 Bigg Boss season 5 is about to start. In another four days, Bigg Boss Season 5 is going to start with a grand opening show. The first episode of the latest season will air on September 5, with Nagarjuna introducing the contestants.

If the Bigg Boss show is considered special, the first episode is always considered even more special. The introduction of the contestants in the first episode that stretches with Non-Stop Entertainment continues to be very interesting. No matter how much speculation comes out, the organizers know who the contestants really are going into the house.

So there is a huge interest among the audience on the first episode of Bigg Boss, which is packed with many interesting elements. However, according to some sources, the list of 16 people entering the First Day House is circulating.

Nearly 16 of these people are said to be involved in the latest episode. Another thing is that the seven contestants from these 16 contestants to the final will also be decided in advance. Information that the show will have games and tasks accordingly.

The final list of these sixteen contestants includes Anchor Ravi, Anchor Varshini, Anchor Lobo, VJ Sunny, YouTube Sarayu, RJ Kajal, Aata Sandeep show till last week. It is unknown if these sixteen would be the contestants during the grand premiere as the second covid test is expected just before the premiere.

Some contestants were not interested in staying until the end of the show. They would have agreed to stay in the house for only a few weeks in the wake of their outside commitments. That’s why hearing that the show was so planned. The show has seemed a bit unfocused in recent episodes.

The remuneration of the contestants also seems to be huge. King Nagarjuna, on the other hand, is making a splash in promos. Entering Bigg Boss Season 3, Nag is hosting for the third time in a row.

The first Monday off Bigg Boss Telugu 5 is expected to have nominations, and it will be interesting to see which of these sixteen contestants will be the first to get voted out.